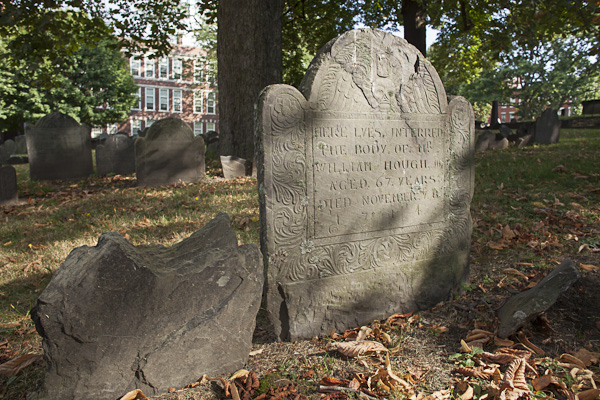 Tombstone of William Hough, 1714. Copp’s Hill, the Town’s second burying ground, was established in 1659 on a hill named for shoemaker William Copp. The site soon rivaled the Common as a public venue, hosting such spectacles as the 1704 execution of seven pirates. Cannons mounted near here shelled Charlestown during the Battle of Bunker Hill, 1775.