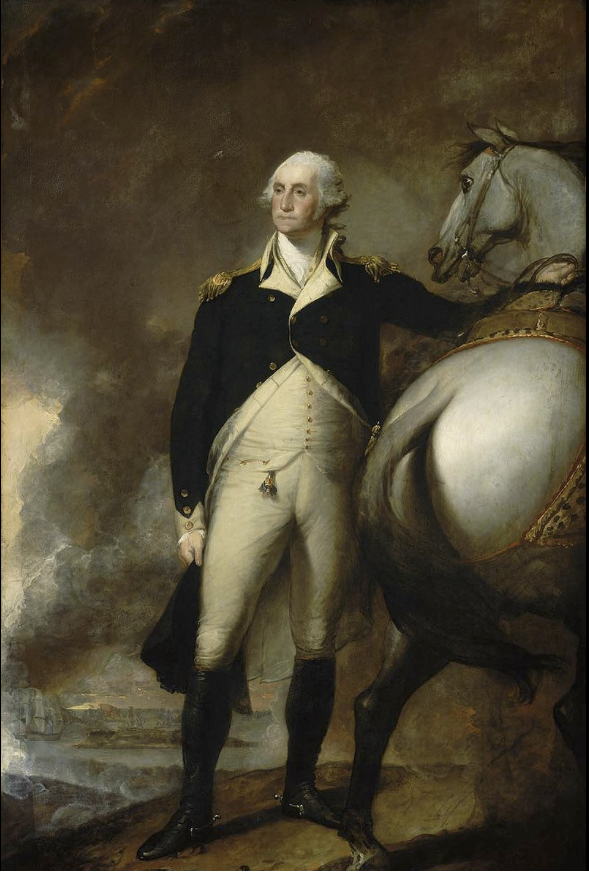 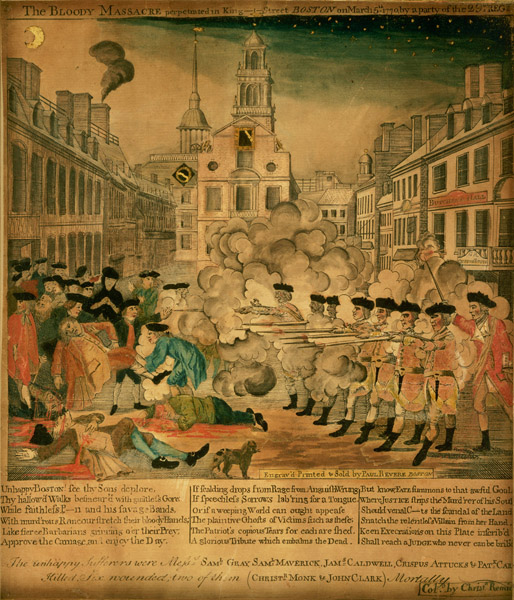 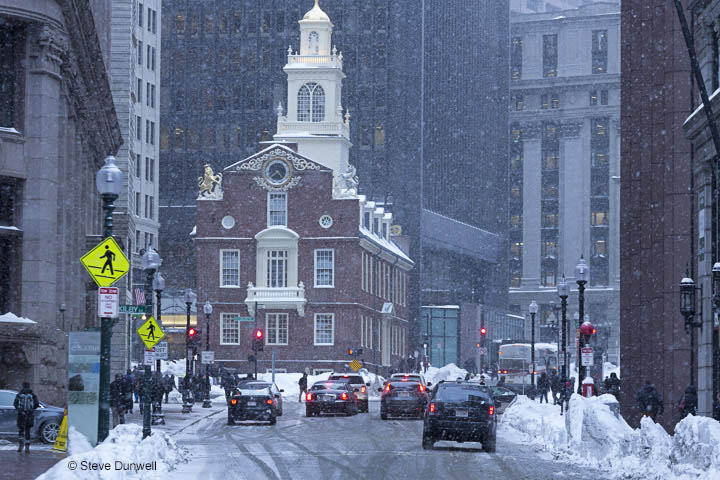 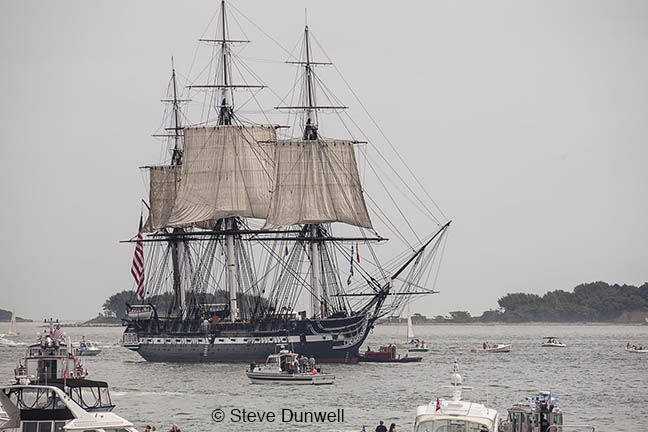 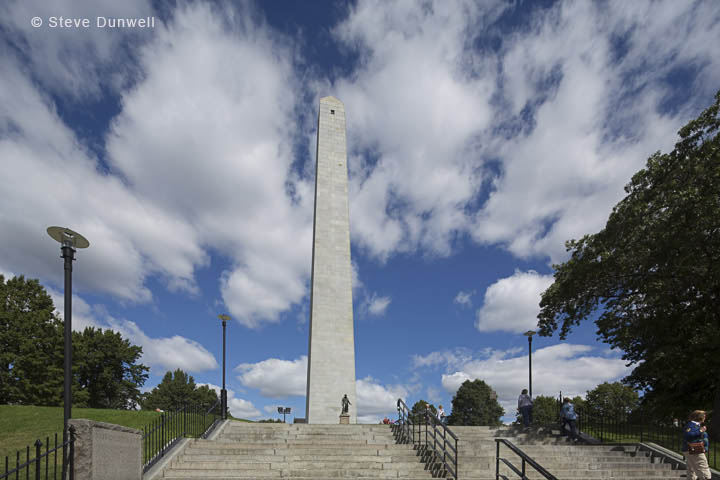 Centennial of the National Park Service. Many of the sites on Freedom Trail are part of the Boston Historic Park, supervised by NPS. Bunker Hill is one of the treasures. 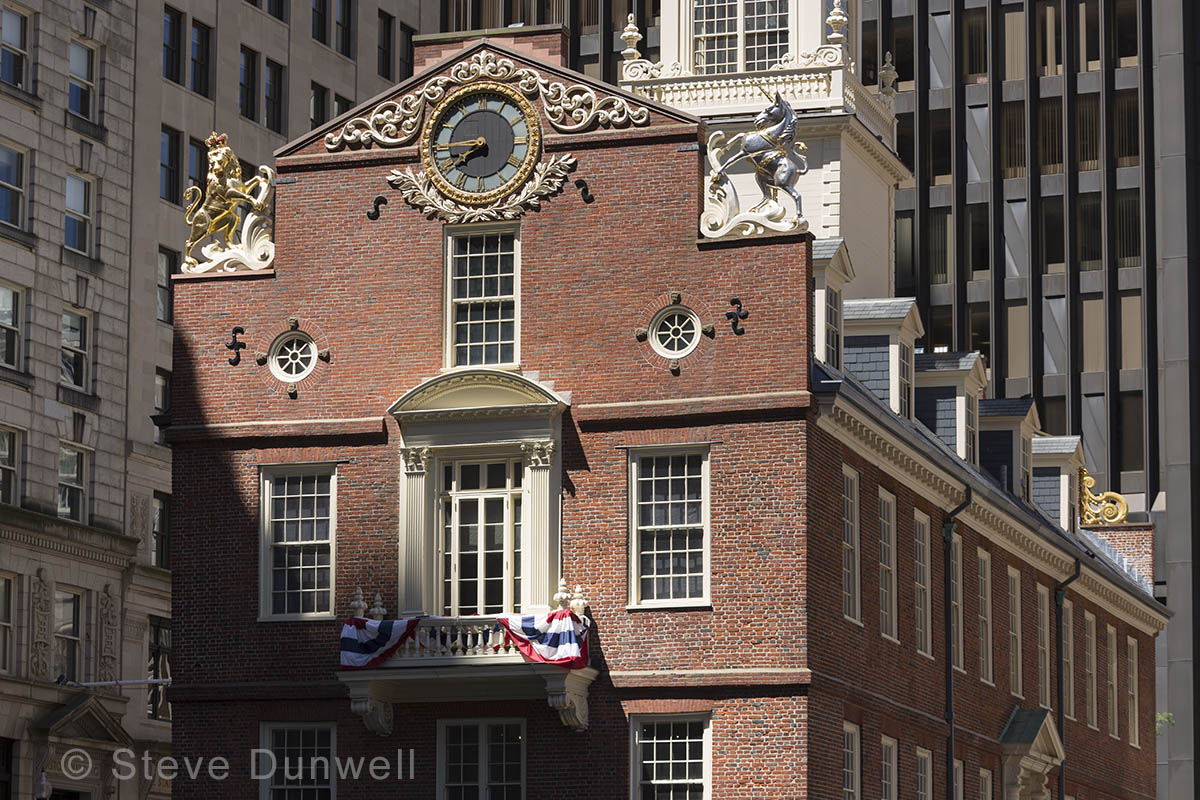 The Declaration of Independence will be read from the balcony on the Old  State House on July 4th.  This commemorates the actual reading of the Declaration, on July 18, 1776.

The Boston Massacre occurred on a snowy evening, March 5, 1770, in front of the Old State House. Troops occupying Boston to enforce the new British taxes fired into a mob of about sixty rowdy Bostonians, wounding eight and killing five. Crispus Attucks, an African-american, was among the first to die. 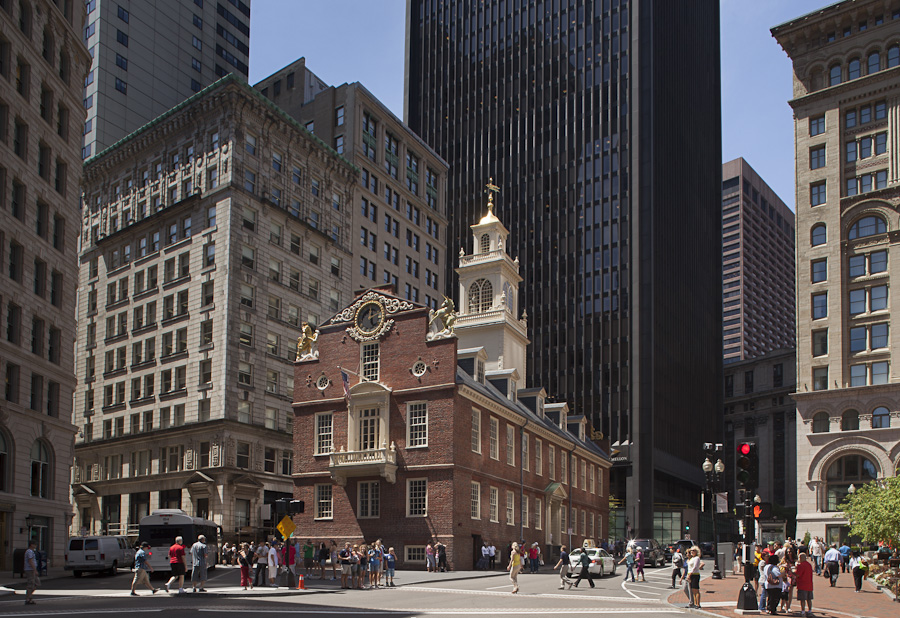 Boston’s oldest public building, erected in 1713 overlooking Long Wharf, replaced an old wooden Town House dating from 1658. After the Great fire of 1711, the town financed a brick building with a room for the Elder’s meeting, a library, an arsenal, and an arcaded farmers’ market “for the country people that come with theire provisions…to sitt dry and warme both in colde raine and durty weather.” It became the hub of the colony’s trade.

Preserved and operated by The Bostonian Society. 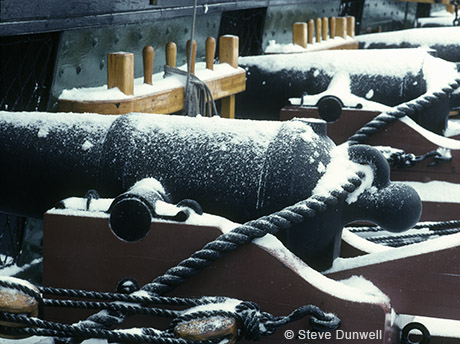 Deck cannons of “USS Constitution”, with snow. “Old Ironsides” carried several types of cannons. The 24-pound long guns had a range of 1200 yards. 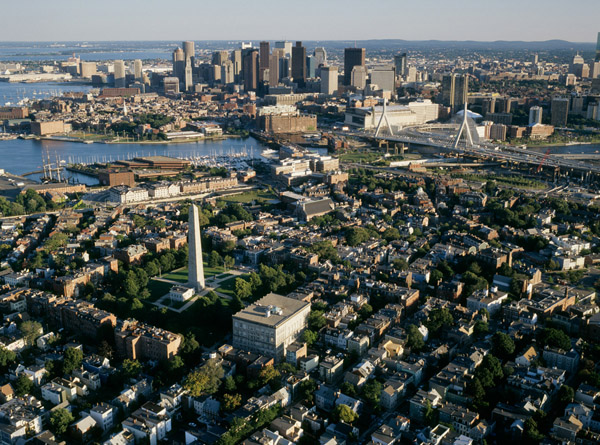 Aerial photograph looking over the Bunker Hill Monument, Charlestown, towards Boston, MA. The USS Constitution is at left. The famous battle took place June 17, 1775, on Breed’s Hill, on the right side of this photo.